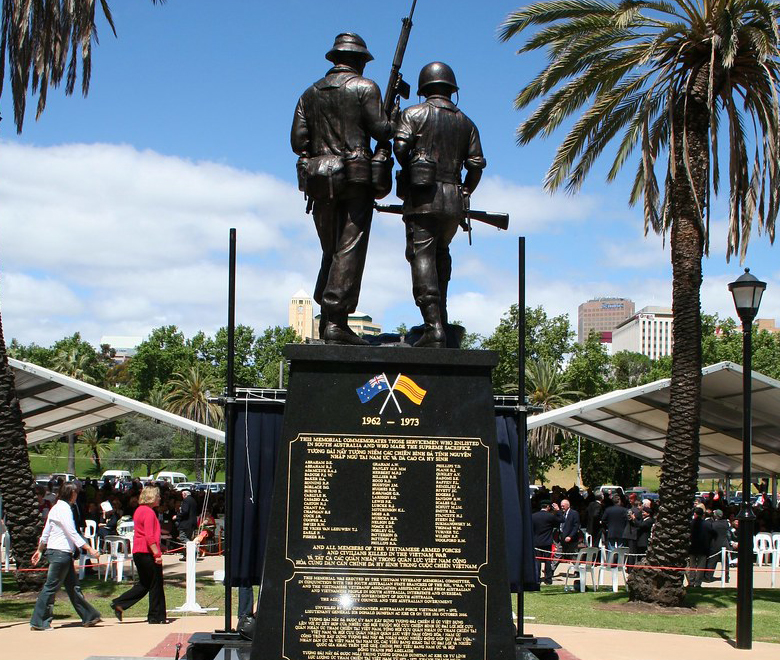 The Vietnam Veterans Federation SA Branch Inc. exists to actively pursue the welfare and health of Naval, Military and Air Force Veterans from all conflicts and their families. It provides this by.

Assisting members and their dependants to obtain evidence and material necessary to comment, pursue, and maintain claims for compensation for disabilities that may have been caused through special service.

Training members to perform the necessary tasks to assist others with compensation claims.

Establishing a sense of community among its members, other Vietnam Veterans and veterans from all conflicts in which Australia was involved.

Organizing social functions and leisure activities for members, partners and families and friends. Creating special services to commemorate specific battles. Distributing relevant information to members through a State newsletter and a National Magazine. 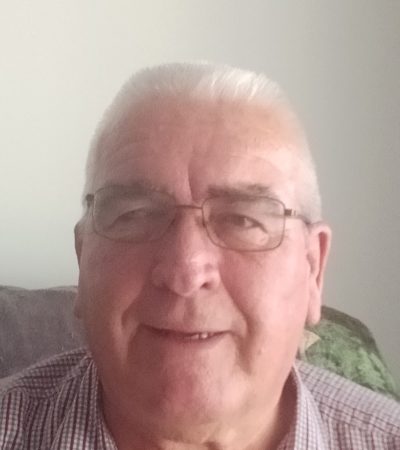 To all those who have been ailing I wish you all a swift recovery.

The verandas, both front and back, are now complete and the concreter begins work on Wednesday 7th April.  The mains gas lines are nearing completion and should be completed next week.  The update to the Car Park is expected to begin after Anzac Day.  It is great to see things that have been planned for a long time finally nearing completion or about to start.

The last BBQ in February was attended by the maximum number of attendees allowed under the COVID rules and a good time was had by all.  I look forward to April’s BBQ when a maximum of 75 people can now attend.  This is great news as we are not far short of being back to normal.

The ESO Consortium met before Easter and discussed a number of issues, namely the Queensland RSL Lottery, Request to extend the period of eligibility for the National Emergency Medal, a proposal to include a memorial paver for Thailand veterans on the Anzac Walk, a briefing from SA Health on the Repat Well Being Centre, formulate a submission to Defence Honours and Awards Appeals Tribunal into recognition for members and families of the ADF who are inured, killed or wounded as a result of their Service, The cost of Death Notices for Veterans in the Advertiser and Identification and support of Veterans in Residential Care.   This was a very busy meeting and copies of the letters produced thus far about these issues are available for all to see at the sign in desk

John Derbyshire is well down the road with the planning for the memorial service for FSB‘s Coral and Balmoral.  All invitations have been sent and replies are now being received.  Initially the Governor was unable to attend but we have since been advised that he has rescheduled and will now be in attendance.

I also attended a VAC meeting before Easter, very little of which I am able to discuss but Transition from the ADF and Veteran employment following discharge were a couple of the topics discussed.

Bob Ellis, Robin Carbins and I met with Nicolle Flint and Andrew Hastie, the deputy Minister for Veterans Affairs and discussed a number of issues namely the slowness of processing Veterans claims by DVA, the ridiculous staffing levels in DVA. The Royal Commission into Veterans Suicide, BEST Funding, ATDP Training and homeless Vets.  I believe we had a good hearing and hopefully some of our suggestions might take root in Canberra.

The extra medals awarded to Captain Ian Yerbury have now been included with the ones we originally had and have been mounted and framed.  Many thanks to Bob Ellis and his contacts for the mounting and framing of the medals by Paul Coppock of the VVAA.

Stay well, stay safe, isolate and communicate and we will all get through this difficult time.

Any person who served with the Australian Army, Royal Australian Navy or the Royal Australian Air Force in any conflict or peacekeeping force in which Australia was involved, either as a member or as an accredited civilian, or is a dependent or descendant of same.

Any person who was a member of or an accredited civilian with one of the allied forces.

Any person who is, in the opinion of the committee suitable to become a member. 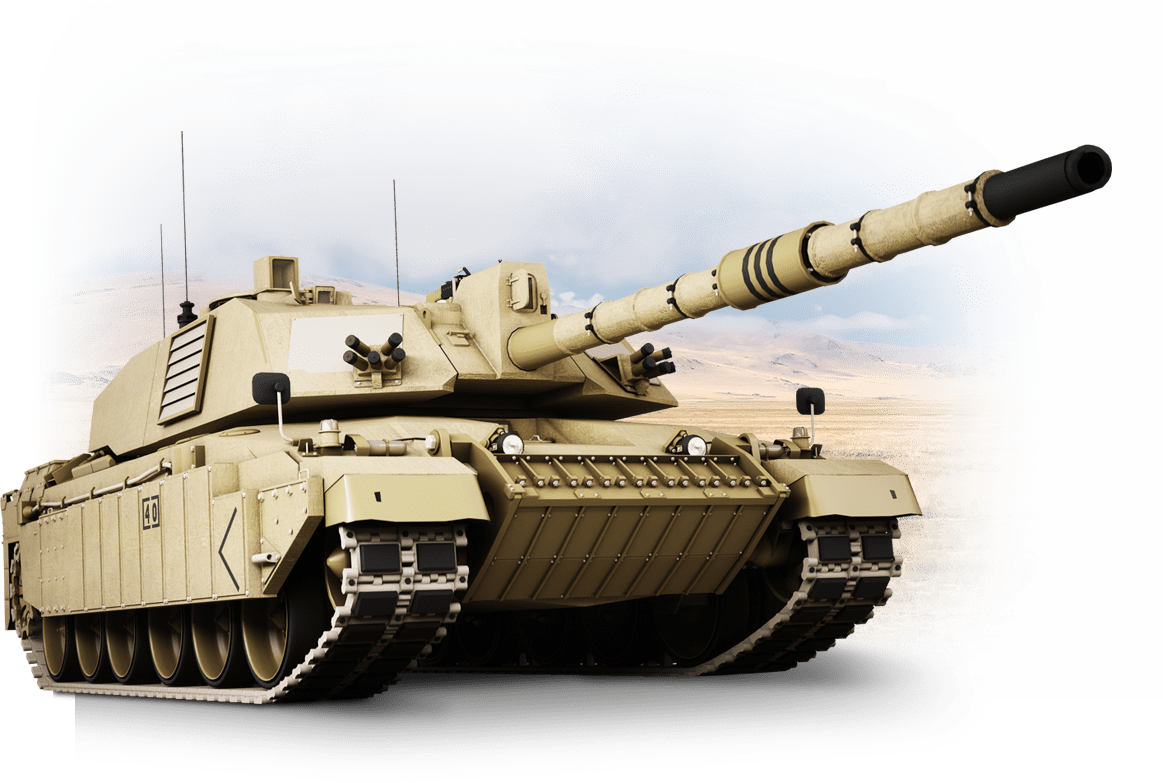 Recently, there have been media reports regarding General Practitioners and Medical Specialists rejecting the Gold Card for treatment, or charging a Gap Fee.

If a doctor accepts the Gold Card they cannot then charge Gap Fee. If a doctor states up front before accepting the Gold Card that there is a Gap Fee payment, it is up to the veteran to make a decision to pay that fee, which will not be reimbursed.

There has been a lot of confusion lately over the 12 visits to specialty trearment.   There is a 12 visit or 12 months whichever comes first before you have to have a report back to your Dr. whereby he/she can prescribe another 12 visits.

Please notify the DVA of those doctors who are not accepting Gold Cards. They will discuss the matter with the doctor in question and refer you to others that will treat you under the DVA system.

The DVA is currently discussing a new Schedule of Fees with the AMA.

Taking care of your joints

Getting older implies two things, you are less mobile and your joints ache. As well as medication and exercise, there are things you can do every day to help deal with the pain and stiffness and take good care of your joints.
How to reduce stress on your joints

As well as medication, there are simple ways in which you can treat your painful joints.
Warmth applied to the affected area can relieve pain and stiffness. Some people buy special heat lamps or creams that produce localised heat, but a hot water bottle can be just as effective. Make sure it’s wrapped in something so it doesn’t burn you.
An ice pack can bring relief to hot and inflamed joints, but you should seek advice from a physiotherapist first. Never apply ice directly to the skin – it can burn.
Stress and muscle tension can make arthritis seem much worse. Many people find that taking a long bath, listening to soothing music or using a relaxation tape can help. A physiotherapist will be able to advise you on relaxation techniques.
Eat healthily
Your body needs a variety of nutrients to stay healthy, so make sure you get lots of fruit and vegetables, meat, fish and beans, dairy foods and cereals such as bread, rice and pasta. This is what is meant by a balanced diet.
Generally, we tend to eat too much fatty and sugary food, such as cakes and chips, and not enough fruit and vegetables. Reducing the former and increasing the latter is often the key to losing weight as well as improving health.
Special diets
There are many theories about whether what you eat affects your arthritis. As yet there’s little scientific evidence to suggest that it does, but some doctors feel special diets are worth trying as long as they don’t mean missing out on vital nutrients.
If you’re considering going on a special diet for your arthritis, it’s important to discuss it with your doctor first.
Some people with arthritis find their condition improves when they give up certain foods. One theory is that this is because of a food allergy or food intolerance.
There are many tests for determining allergies or intolerances, but the only reliable way of identifying foods that could be making your arthritis worse is by systematically excluding them from your diet. This should be done with the knowledge of your doctor.
Helpful foods
There are theories that certain foods and dietary supplements may help arthritis. Some have been tested more than others. For example, there’s evidence that the essential fatty acids found in fish oil and plant seed oils, such as sunflower oil and evening primrose oil, may help some people with rheumatoid arthritis.
Other supplements you may hear about include green-lipped mussels, selenium and garlic. However, there’s little scientific evidence of these having positive effects.
You should discuss taking such supplements with your doctor.
Jim Mavromatis
State Rep Men’s Peer Health Education

Helping Veterans Get the Best from Their Medicines

When was the last time you had a good talk with your doctor or pharmacist about the medicines you take? As we get older we tend to rely on more medicines to help us manage our illnesses and maintain our health. Often we take a range of medicines which, if not taken correctly, can result in additional health problems.

Veterans’ MATES is a new program from the Department of Veterans’ Affairs that helps veterans and their carers avoid these problems and use their medicines safely.

Most medicines are effective when used as directed by your doctor or pharmacist.

You may also use medicines from supermarkets, health food stores or over the counter medicines along with those prescribed by your doctor. But medicines taken in the wrong way or at the wrong time can cause harm, even an emergency.

Up to one-third of hospital admissions of older people are due to problems with medicines. People mix them up, use them incorrectly or simply forget to take them.

Thankfully, these problems are preventable and Veterans’ MATES can help.

Veterans’ MATES sends information about different health conditions and medicines to veterans, doctors and pharmacists every few months. So far, materials have covered Home Medicine Reviews, heart conditions, diabetes and arthritis. DVA has joined with Australia’s leading Quality Use of Medicines organisations to deliver Veterans’ MATES to an estimated 16 000 medical practitioners, 5 500 pharmacies and their veteran patients.

You or your carer can begin to better manage your medicines by talking to your doctor and pharmacist about Veterans’ MATES. They can arrange a Home Medicines Review of all your medicines.

To get help with your medicines: 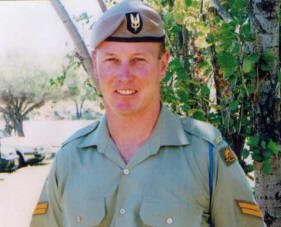 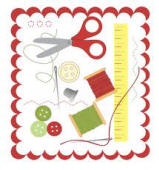 Socialising starts at 11.30am

Pleuralmesothelioma.com is the leading web resources for mesothelioma. Veterans comprise approximately 30 percent of all mesothelioma diagnosis due to asbestos-contaminated products that were used by the militaries all over the world. Like other navies around the globe, the Royal Australian Navy found many uses for asbestos-contaminated products. Fire prevention and safety is of utmost importance on all seagoing vessels such as submarines, battleships and aircraft carriers that featured contained engines and boilers and also hauled many weapons. This rare cancer has a severe latency period and veterans may only now be feeling symptoms of mesothelioma after being exposed to asbestos decades ago. Learn more about mesothelioma, exposure, and treatment options for veterans at

Suicide in the Ex-service community

Review of Mental Health Care in the 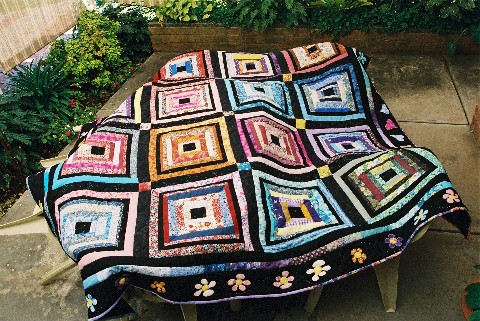 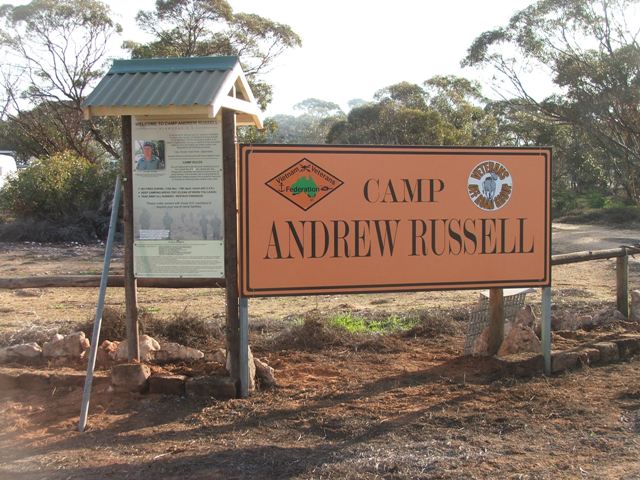 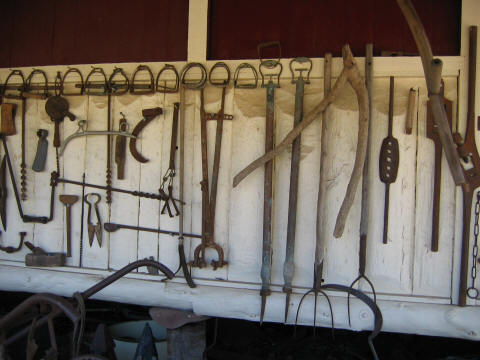 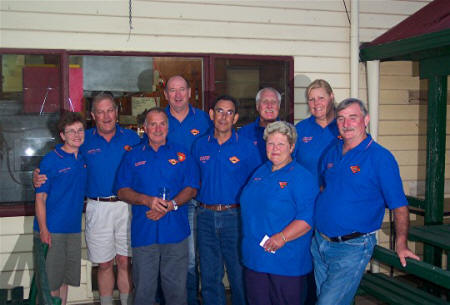 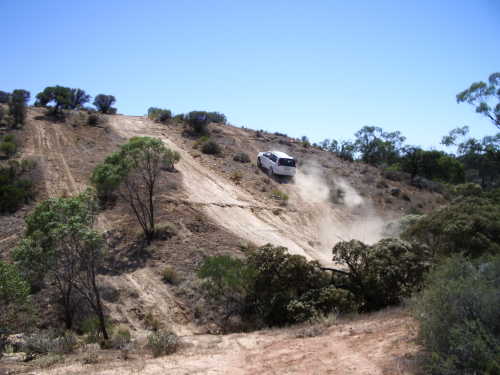 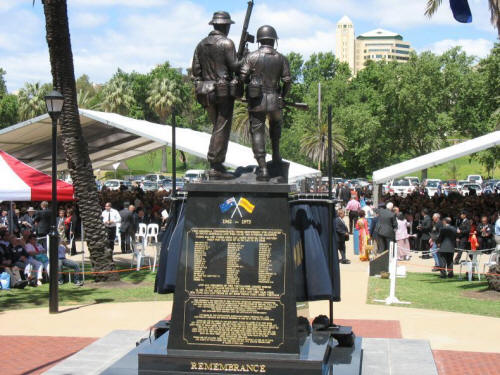 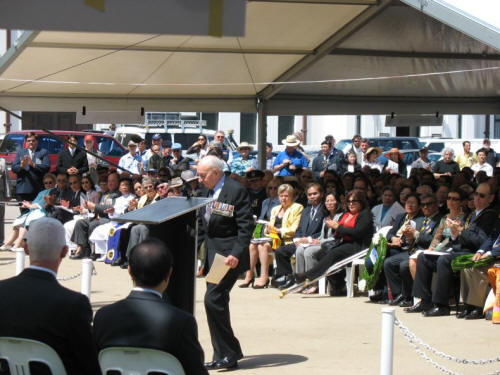 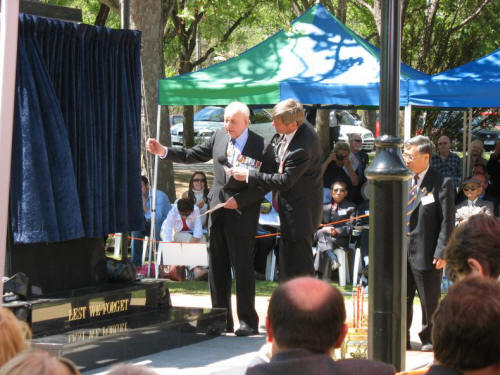 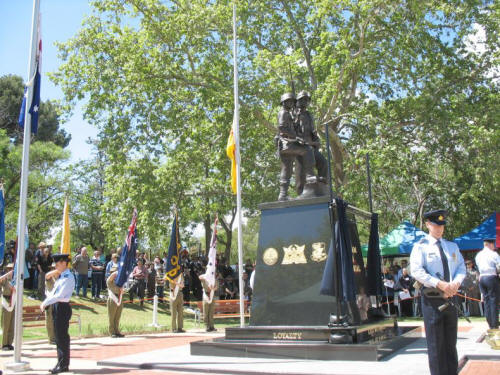 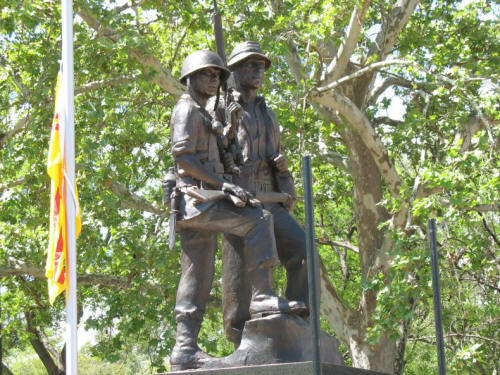 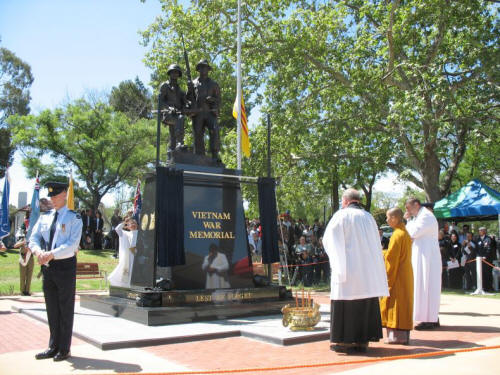 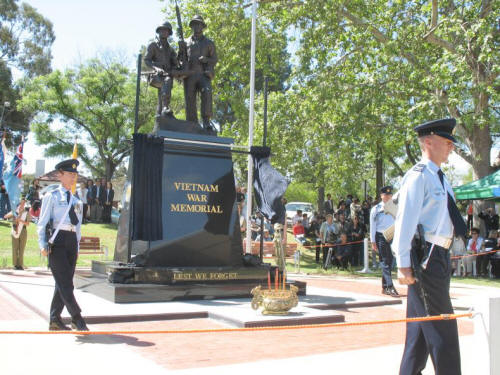 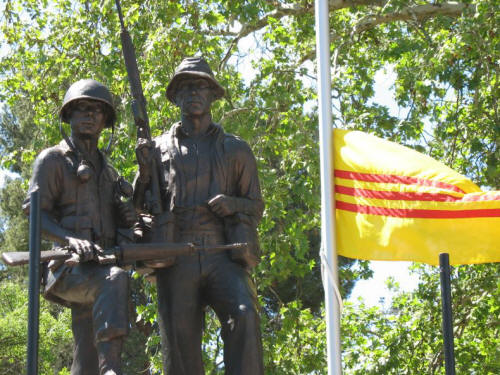 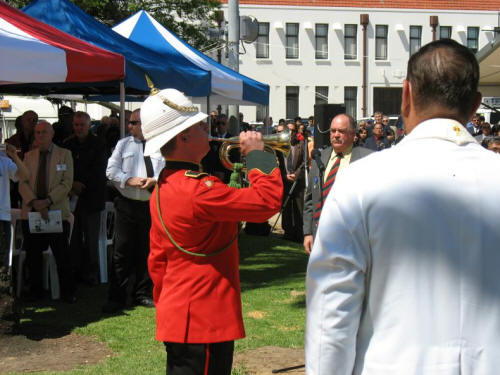 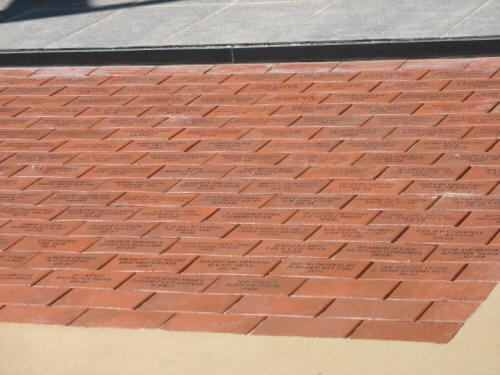